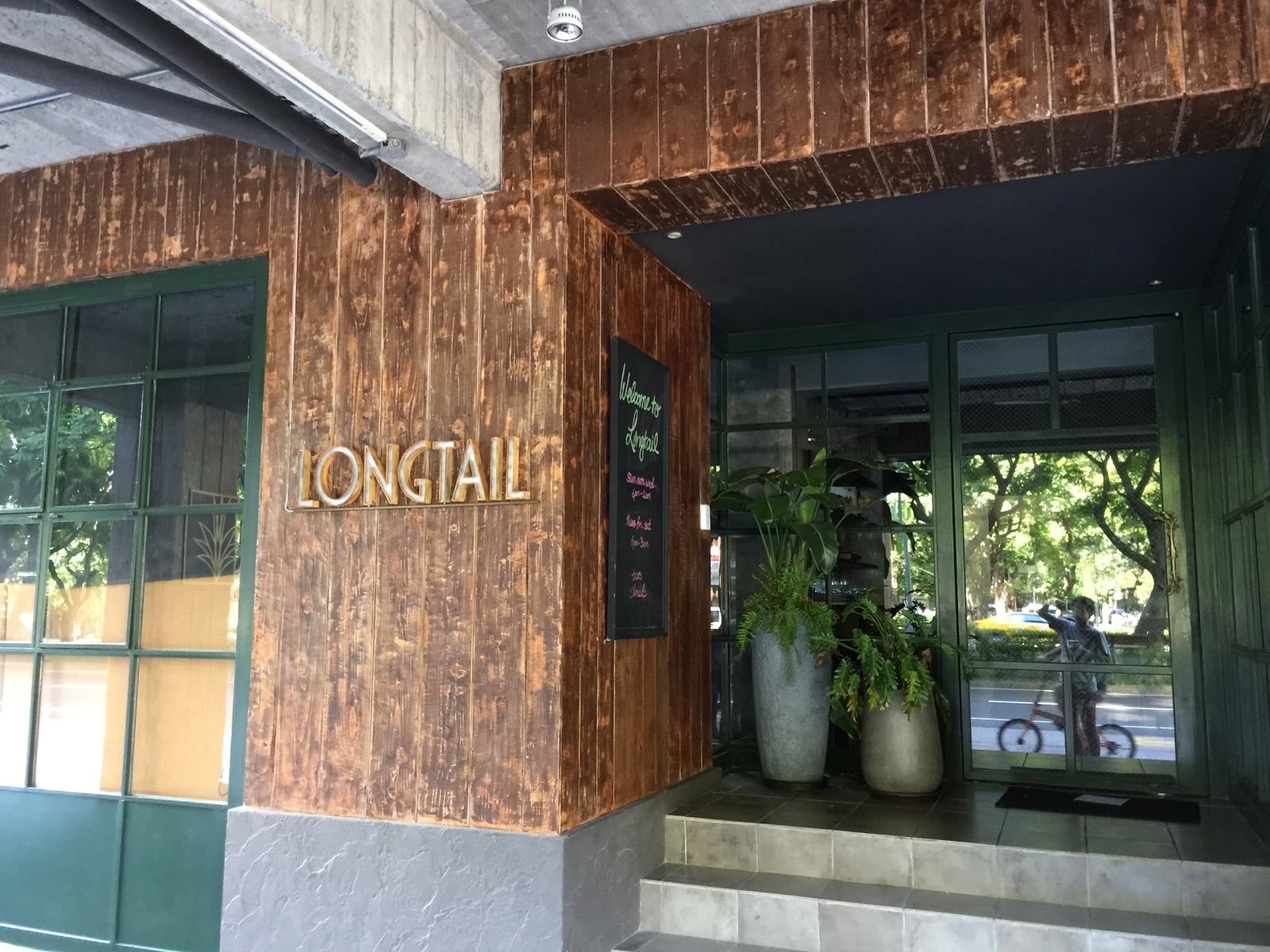 Quite frankly, many people would be surprised to know we have a couple Michelin star restaurants on this island city. After all, we’re not as renowned as the French for our cuisine, neither are we as international as other cities, like Hong Kong, for example.

This year, Longtail was awarded one Michelin star along with 17 other restaurants in Taipei so imagine my excitement after a year abroad! Sadly, I was too busy catching up and focusing on the food to take photos of the decor which was simple, chic and straightforward. Nothing too fancy or fussy.

So why is it called Longtail?

When I was asking for the WIFI password which was “blue magpie”, I misheard it as “blue may pie” at first and had asked the waitress in a joking manner, “Why blue may pie? Does the owner like to eat it?”
She smiled and responded professionally, “I have no idea but I will ask for you.” And off she went.
A few minutes later she explained that as the national bird of Taiwan is the blue magpie and due to the length of its tail, the restaurant was therefore named: LONGTAIL. I thought it was an adorable detail so I thought I might add it in here.

Walking into the restaurant, you are met with the bar which looks refined and upscale with its standard wall of whiskeys, gins, liqueurs and bartenders in uniform. Longtail has a lovely selection of wine from almost everywhere, not just France, which often tends to be the case in Taipei. I was pleased to see they had a lovely, affordable bottle of Nero d’Avola from Sicily as well.

The meal consisted of six starters due to my friend’s suggestion; he’d been here a couple times so I thought it wise to just follow his advice. Apparently their starters are far more superior to their mains…

We started with the kanpachi sashimi whose light, fresh flavours made it the perfect début and a beautiful introduction for the stronger flavours of the uni and crispy nori rice entrée which were pungent and present.

Next was the fig toast with ricotta cheese. This was the dish that introduced me to ‘lemon balm’. How did it take me 24 years of life to discover this gorgeous grass?!

Then came a delicate plate of charred foie gras dumplings with sweet corn sauce which was definitely an interesting pairing and a memorable dish! Who would’ve thought?! Foie gras, a Christmas favourite and a fairly expensive, luxury food item with everyday, ordinary sweet corn. Genius.

After that innovative piece were the shrimp sliders. This is probably the most sophisticated burger I have ever eaten in my life. So much hard work and care had been put into every layer that it was almost a pity to finish it off!

Last but not least, the crunchy soft shell crab with its spectacular salted egg yolk sauce. What a twist the sauce was! It certainly brought the dish together and was definitely something I had never tried before. I particularly appreciated the greens that accompanied the crab bringing with it a lightness that counteracted the greasiness often associated with anything fried.

Conclusion: divine; both the service and the food.
I read someone else’s blog post about their experience at Longtail and they had complained about the service, but apparently that was when the restaurant had first opened so perhaps there was some tweaking to be done. I can testify that the service is currently top notch! What a wonderful re-introduction to the gastronomic scene of Taipei!

2 thoughts on “A Michelin Star Experience in Taipei – Longtail”